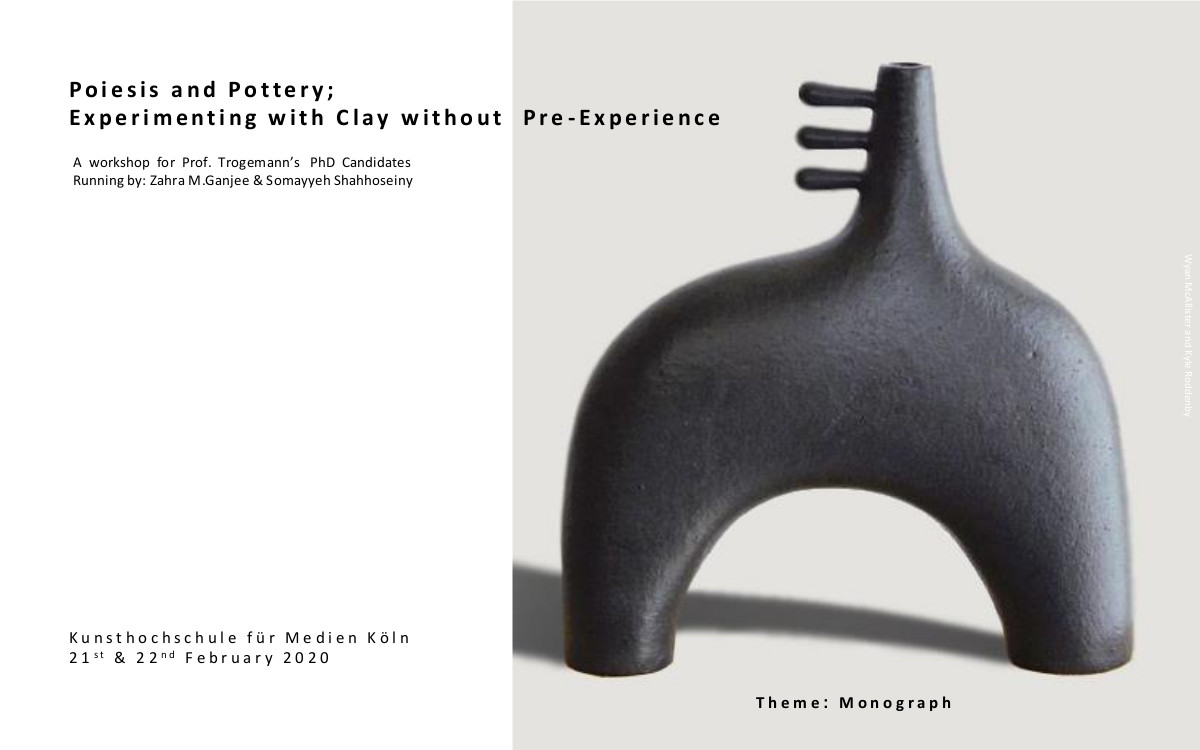 ceramics is one of the oldest human inventions that survived from 29,000 BC. Historians generally believe that pottery developed because ancient people covered their woven baskets with mud-clay. When the baskets were subjected to fire so that corn or other foodstuffs could be dried, the basket burned and a hard and durable clay remains. This was a start for pottery to open a window on making new tools and devices, finding the character of minerals, discovering the capabilities and features of fire, and new techniques for creating desired forms and motifs.

All of this knowledge has been obtained through the mutual relationship between potter in one side and fire, clay, water, and wind on the other side. A dialogue so that when one side talks, the other only listens. Even getting mastery couldn't stop this dialogue. Insofar as the kiln had a godly status and could always surprise the potter with unexpected results. A kind of experimental dance of the human and non-human agency that could act as a media in order to reveal the old cultures, traditions, and civilizations from thousands of years ago.

If pottery is a way to communicate with nature and with ourselves, so during this workshop participants will try to represent their own monographs with clay.

The workshop starts with an introduction to the elementary techniques of pottery. After an hour break for lunch, participants will choose their preferred clay and start experimenting how to work with it and how to create different forms. This will last until 17:00.

We start the second day with having a breakfast together. Then finishing process including texture and color will be introduced and we will have time until 17:00 to complete our work.